We forget that the water cycle and life cycles are one.

Investments in water have played a critical role in promoting socio-economic development in rural areas. Sustainable management of water resources remains a prerequisite for development and reducing poverty and hunger. Water is a key factor affecting agricultural production and reduction of rural poverty....

Most small farmers live in areas with poor natural resource conditions, where water-related constraints are a root cause of low production and increasing vulnerability to natural disasters and climate variability. The importance of securing water availability for rural livelihoods is therefore increasing. LTPCT acknowledges importance of water for livelihoods as well as sanitation in communities and schools 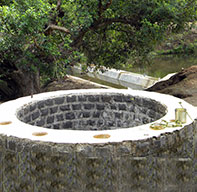 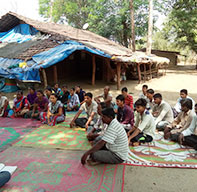 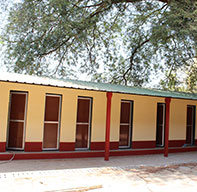 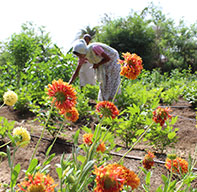 40 Tribal families from the hamlet Wadupada from the village Dolarpada had been facing the problem of regular supply of safe drinking water. On getting into the details of the problem, LTPCT found out that an open well with adequate storage of water was in existence in the hamlet. It needed de-silting, repairing of the wall surrounding the well, a pump set, electricity connection, pipeline up to the storage tank, a filtration unit and stand posts to fill water.

As a result of our approach, the owner of the well volunteered to allow the residents to pump water free of cost from the well and the Sarpanch of the Gram Panchayat offered to provide an electric meter from his end. LTPCT invested in setting up the water pump, pipeline, filtration unit and the stand posts. A committee for managing the drinking water scheme has been formed and members of 40 families have been receiving adequate drinking water since February 2018.

A similar project was set up in the hamlet Gurodpada from the Gram Panchayat Kochai – Bormal. A solar-powered submersible water pump of 3.5 HP was set up in a newly dug bore well. The site of the bore well was finalized as indicated by the groundwater survey report provided by the department of GSDA. However, it was found that the quantity of water was not adequate to be distributed to 30 families of the hamlet. Another technical survey was conducted and the agency recommended to shift the pump set and pipeline to another hamlet - Bhendipada - from the same Gram Panchayat area on a perennial source of water. As per the report, this would enable 50 families to receive safe and assured drinking water round the year. The design is being finalized by the agency, Gram Oorja.

Similarly, initiatives at Suthedpada and Bhendipada from the village Bormal were taken to address the problem of acute shortage of drinking water. The Block Development Officer, Talasari had requested LTPCT to find out solutions to the problem faced by the villagers. LTPCT has dug bore wells at five locations and has installed solar panels and submersible pumps. Water tanks have been set up at strategic locations and a series of stand posts have also been placed for the benefit of about 600 Tribal residents.

The residents of Tribal hamlets from the jurisdiction of the Gram Panchayat Zari – Patilpada, Dhangadpada, Valaipada, Karvandipada and Valvipada had been facing tremendous shortage of drinking water since last many years. The young Sarpanch of Gram Panchayat Zari Mr. Arvind Bhavar approached team LTPCT to suggest a practical solution to the problem. He was guided to approach the Scientific Officer from the Department of Groundwater Survey& Development Agency (GSDA) Palghar to conduct a groundwater survey to explore the sources of water for digging a Jack Well near the source of a perennially flowing river Varuli. On receiving a positive report, the Sarpanch was asked to approach the District Executive Engineer, Water Works for developing a project proposal for making the necessary provisions on behalf of the District Administration.

The result of this effort gets reflected in obtaining an approval worth INR 5.60 Crore for digging the Jack Well, erecting three overhead water tanks, setting up pipelines, stand posts and also providing individual connections to the residents. The work has already started and is likely to finish by May, 2019, and benefit a tribal population of over 4500.

While working with Secondary Schools and residential Ashram Schools around Talasari, Team LTPCT observed that the water and sanitation facilities were very poor, which results in children falling sick and being unable to attend school regularly.

It was therefore decided to develop 160 units of water & sanitation infrastructure existing in the Seven Govt. Ashram Schools from Talasari Block. Group Hand Washing stations have also been provided in all the Ashram schools by the Tribal Development Project.

However, mere construction of toilets and urinals is not enough. Hence, through a reference from UNICEF we are working with an organization called ‘SACRED’ (Society for Action in Creative Education & Development) to run a programme on ‘WASH & Behavioral Change’ for school children.

Salient Features of the programme:

LTPCT started constructing check dams in 2007-08 in Dahanu block. The same programme was replicated in Talasari (135 dams). L&T trust has a plan for 2nd level scale up by integrating other initiatives to further accentuate impact of the programme.

Experience from benefits of the check dams further motivated L&T Trust to scale up construction of more check dams in the districts in two phases. Technical experts were chosen for assessment, design; ensure quality in construction, monitoring and evaluation. L&T approach has been to co-create social infrastructure with the community which promotes active participation of the community members and sense of ownership. In this instance stakeholders i.e. community Local PRI and local Govt. were engaged in the entire process.

Need for the initiative:

The severity of drought conditions in Maharashtra is reaching to its tumultuous point. The reason for life, water has become no less than a luxury in the state as the levels have reached to its all-time low. Palghar district is no exception. The excellent geographical location of Palghar district (earlier known as Thane District) receives more than 2500 mm rainfall. However, the distance between the hills & sea is less; more than 80% of the precipitation goes to the Arabian Sea without utilization. Lack of major irrigation projects the water scarcity increases especially during the period from February to June. At the time of other CSR activities such as the enhancement of the livelihood projects for farmers in the same district, the trust came across of the major water crisis in the locality.

To mitigate these challenges Larsen & Toubro Public Charitable trust in association with local govt. PRI members, NGO partners and community conducted assessments mainly to understand gravity of the problem as well as explore possible solutions. After various rounds of stakeholder consultation it was decided to create social infrastructure i.e. cement concrete check dams for the benefit of tribal in the district which would result is a0 increase in storage of water b0 encourage farmers to opt for multi crops in the year c) control migration.

Impact of the Initiative