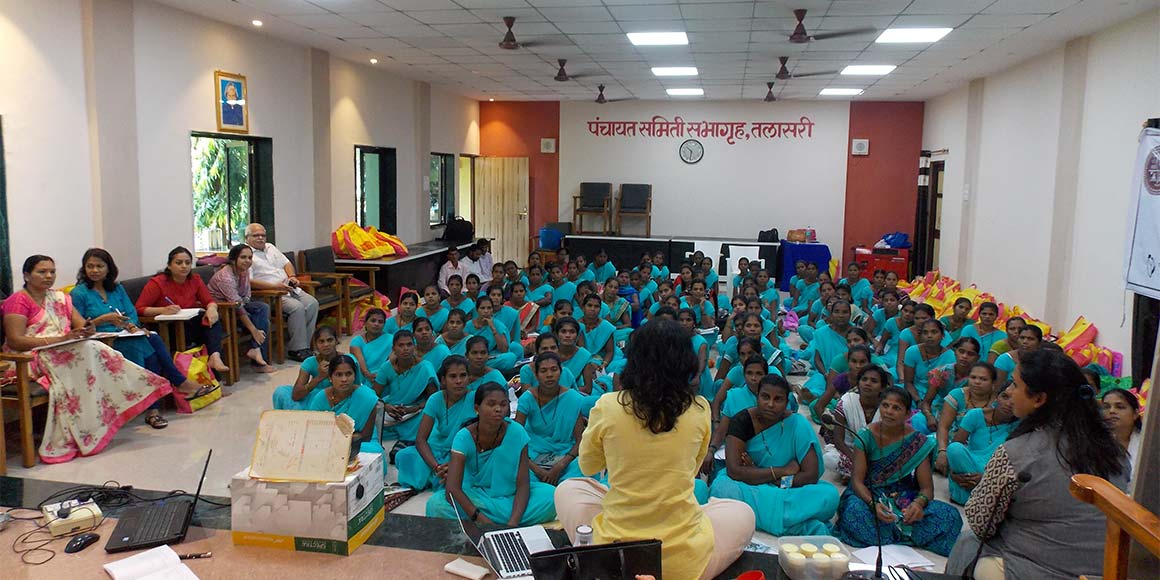 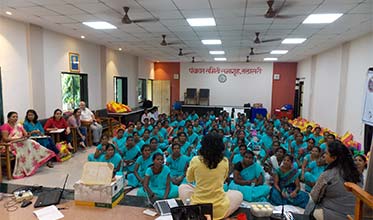 My name is Kailas Ramchandra Burange. I am 28 years old and my wife, Aarti, is 24 years old. We live in Mokhada Village located within the Palghar District in northern Maharashtra. I previously worked as a commercial painter and my wife was employed as an Asha worker at the local Anganwadi.


Many people in our village, young and old, suffered from malnourishment. My family has been grievously affected too. We lost two children shortly after childbirth without realising that malnutrition was the cause. Keen to prevent this tragedy from repeating, we approached the Fight Hunger Foundation, which was operating in Palghar District, and I began volunteering with them. A little later, I attended a training session on Infant and Young Child Feeding Practices along with 100 other health practitioners organized by LTPCT in Talasari.


At the training session, they highlighted the importance of the mother's nutrition during her pregnancy, and provided advice on post-pregnancy care, with emphasis on a balanced diet during breast-feeding. Over the next few months and during the course of Aaarti's next pregnancy, I applied all that I had learnt about nutrition and healthcare at home. I also attended more sessions on good parenting practices and diligently followed them – from nutrition to medical checks.


On 18th August, 2016, my wife delivered a healthy baby girl. I followed the doctor's advice, and my baby gained almost a kilo in 6 weeks. I have now been working with the Fight Hunger Foundation for the past year. I am traveling to several different villages of Palghar clearing misconceptions about malnutrition and childcare.

I am hopeful to save lives of many mothers and unborn children thru’ this mission.